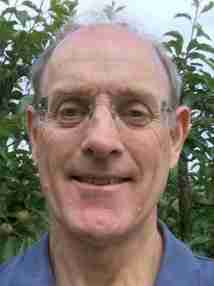 It is with great sadness that The East Malling Trust shares the news of the death of one of its trustees Professor John Mumford on 29th December 2022.

John became a trustee for the East Malling Trust in May 2010 and during his tenure also served as Chairman from 9th March 2015 to 6th May 2018.

As Chairman John guided the Trust through a challenging period of financial uncertainty to help ensure a future for horticultural science on the East Malling site. This resulted in securing NIAB, a highly regarded crop science organisation, as research operator on the site. John faced these difficult tasks, steering the Trust with his customary calm manner, his drive and influence helped realise the success of the transition

John came from the USA as a Marshall Scholar and studied at Imperial College (University of London) for his PhD. He then moved to New Zealand as a Research Fellow before returning to Imperial College as lecturer and going on to become Professor in the Centre for Environmental Policy.

John’s research interests were wide ranging, but his focus was always to deal with any problem using a systems approach to ensure that any research was targeted at the right question and delivered solutions that were not only scientifically robust but economically viable, policy compliant, socially acceptable and farmer/end user compatible. John was first and foremost an entomologist but worked on the applied ecological and economic management of environmental research and development projects, particularly for tropical and temperate insect pests (in Asia, Africa, Europe, Australasia and Latin America).  He led international missions to determine pest management research, training and implementation priorities with a variety of governmental and international organisations such as the UN Food and Agriculture Agency, the UN International Atomic Energy Agency, the World Health Organisation and the World Trade Organisation.  He has been responsible for implementation and evaluation of integrated pest management programmes, particularly in tropical plantation and large-scale field crops (cocoa, coffee, cotton and fruit crops) and for migratory and other public sector pest control programmes, such as eradication, suppression and quarantine.

Lately, he was a member of the Science and Impact Committee of the East Malling Trust and was integral in helping to shape the Trust’s new science strategy. He was a highly valued member of the board and his wisdom and insight will be greatly missed.