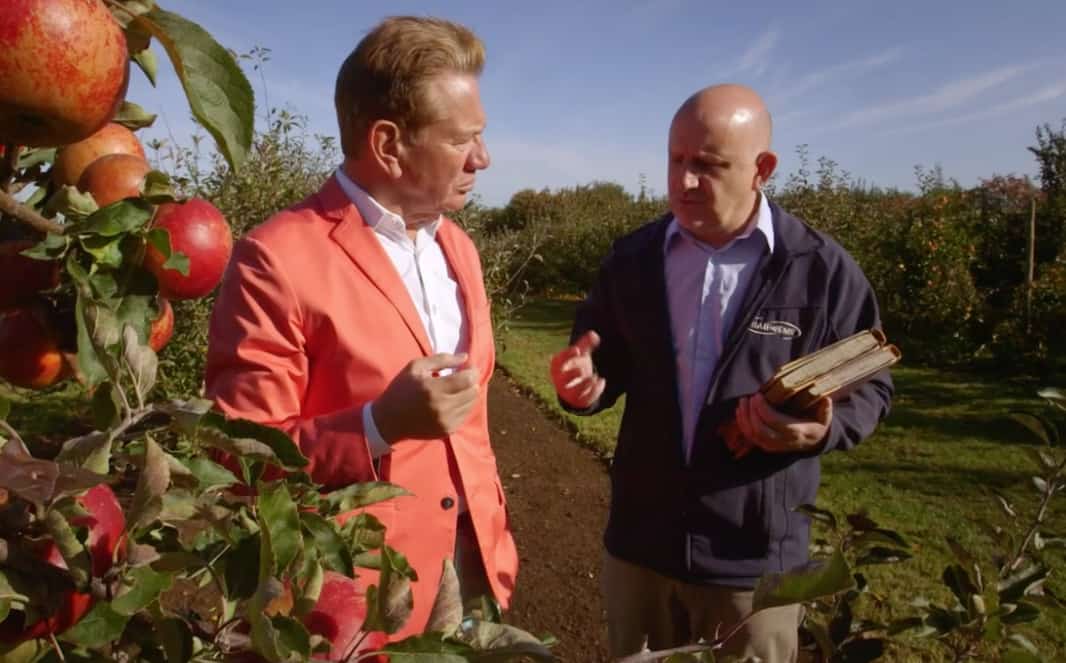 East Malling’s scientific achievements past and present were centre stage during Michael Portillo’s Great British Railway Journeys – with the programme recently being broadcast.

During the visit, he met scientists, horticulturists and was escorted around the 500-acre horticulture research centre and estate by Ross Newham, Operations Director at NIAB EMR.

The programme focused on East Malling’s global impact brought about by the development of dwarf rootstocks, with new highly productive varieties of apple trees being exported around the globe for more than a century.

Ross Newham said: “It was a great opportunity to explain to the Great British public, how the science developed here at East Malling transformed global apple production with new varieties, improved growing systems and increased yields.

“The work is still very much on-going and it was a pleasure to show Michael Portillo our most recent variety MallingTM Sunburst, a crisp, sweet apple variety with pink flesh, which is already proving popular with growers and consumers.”