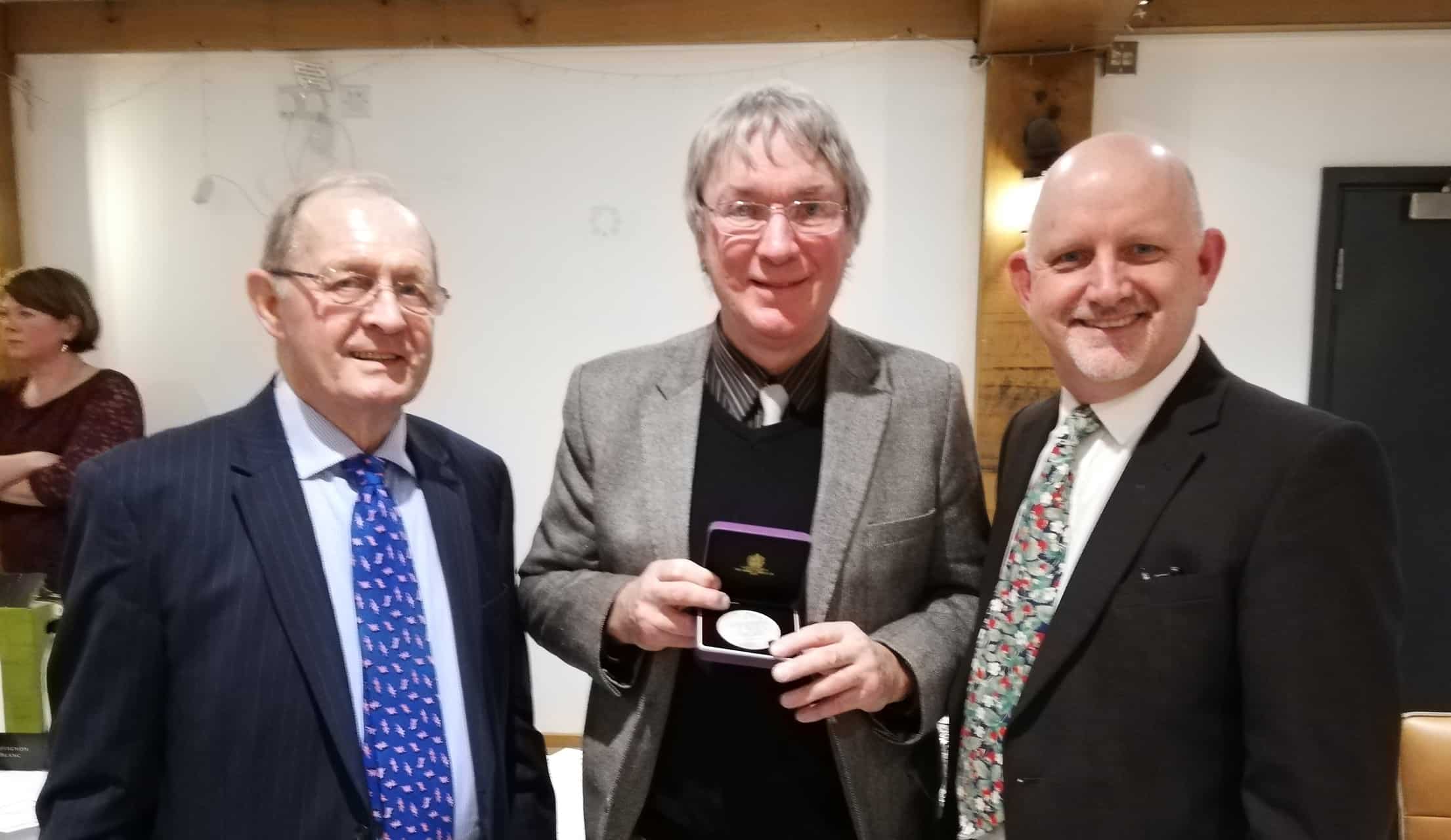 Professor Jerry Cross has been presented with the David Hilton Memorial Award in recognition of his outstanding scientific contribution to fruit growing.

“The potential for fruit growers to make a profit in any year is closely linked to their ability to control pests,” commented John Guest. “Against a backdrop of losing actives, far greater residue detection and ever tighter legislation, the industry must be, and indeed are, extremely grateful for all the tireless efforts Professor Cross has contributed to fruit production. Jerry stands alongside many of the great recipients of the award including; growers, managers, advisors, research scientists, technologists, lecturers and others from key fruit industry roles.”

Professor Cross authored over 280 papers and gave hundreds of talks to assorted industry groups – all aimed at ensuring the science was taken up by industry. In addition to his industry-facing activities, Jerry was also instrumental in organising international science conferences, editor of scientific papers and a Council Member of the International Organisation for Biological and Integrated Control (IOBC).

Jerry was appointed visiting Professor of Horticultural Entomology, by the University of Greenwich in 2008 and awarded the Jones-Bateman cup for his contribution to science in horticulture by the Royal Horticultural Society in 2012.

David Hilton was a well-respected East Kent fruit grower, a tireless supporter of the UK fruit industry and of the East Kent Fruit Society. He gave a large amount of time and energy back to the industry and was one of Kent fruit growing’s unsung heroes. In his memory, The East Kent Fruit Society decided to create an award for services to the fruit industry in Kent and beyond. The intended recipients are those who have given something back to the industry and who are typically approaching the end of a career or stepping down from a defining role.